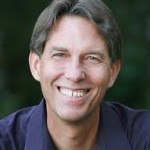 A few weeks ago I went to return a can of food at the store (I had gotten the wrong kind of sauce than I’d intended for holiday party preparations). I went right up to the one of the checkers after walking in, since I didn’t want any question that I did indeed bring it into the store and wasn’t trying to pull a fast one on the store.

“I want to return this,” I said to the young man, pulling the can out of my bag.

“Do you have the receipt?” he asked.

“That’s okay,” said the young man. “You look like an upstanding citizen. Go ahead and just do your shopping, and come back into my line.”

I thanked him . . . and as I walked through the aisles of canned goods, I don’t remember how long it was before I began to ponder the phrase he used, “an upstanding citizen.” I don’t know how long it took to realize that this innocent phrase quite likely had a lot of baggage attached to it.

Just how much did that figure into his use of that phrase?

For the past few years I’ve imagined what it must be like to be someone who is other than me: white, male, heterosexual, upper middle-class. When I was on tour in Boulder recently, I walked out of a store with a sandwich, completely forgetting to pay for it. Would the nice lady running the checkout  have been as understanding after I’d sheepishly went back in to admit my mistake had I had darker skin? I certainly know that, while I might still have been accused of shoplifting had I been stopped in the parking lot, I stood a better chance of my explanation of absent-mindedness being accepted because I am white.

And these are only a couple of instances of the privilege I enjoy. There are, of course, many more that happen, many that I’m not even aware of.

I don’t quite know how I would have had a conversation with the young man who called me “upstanding” (had I been quicker to realize what might be underneath what he was saying), but I’m also ashamed to admit that I’m too scared to start such an awkward conversation.

But maybe I’m making this a lot harder and scarier than it has to be. Maybe I could have at least simply asked the young man, “I’m curious; what do you mean by ‘upstanding citizen’?” And then listen to whatever answer he came up with, and saying “Hmm . . . interesting,” and leaving it at that—perhaps he would have reflected on his own answer, perhaps seen that there was indeed some sort of prejudice entwined in his statement.

That would at least be a start. In light of what’s happened recently in Ferguson and New York, it’s an auspicious time for me to make a new year’s pledge to begin to move from mere reflection about privilege to taking more action—however uncomfortable and awkward, however small—in helping to dismantle the injustices perpetrated by our systems of privilege.

David Christopher is the author of Holy Universe: A New Story of Creation for the Heart, Soul and Spirit.