Racial Justice Allies facilitate dialogs with community in Sonoma County. Below is an archive of past events hosted by RJA. Do you have an event topic idea, or a request for information about a past event? Contact us here.

For info on upcoming events, go to our Facebook Events page. 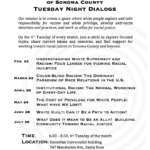 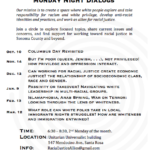 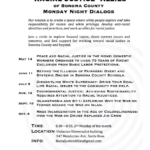