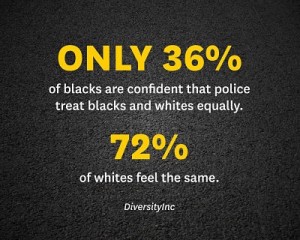 Our legal system was designed to promote fairness and work for justice. However, people of color, especially black men, are arrested and tried at higher rates than whites. Once they are arrested, blacks are disproportionately more likely to go to jail for the same crime whites commit. According to the Pew Research Center External link, blacks were “more than six times as likely as white men in 2010 to be incarcerated in federal and state prisons, and local jails.” In addition, “African Americans represent 12% of the total population of drug users, but 38% of those arrested for drug offenses, and 59% of those in state prison for a drug offense.  African-Americans are sent to prison for drug offenses at 10 times the rate of whites.”

Here is a look at systemic issues social workers [and all of us] may need to be more aware of in order to challenge them head-on. 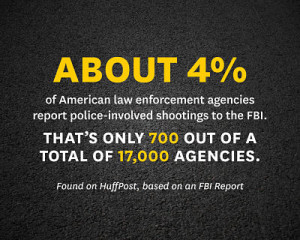 About 4% of American law enforcement agencies report police-involved shootings to the FBI. That is only 700 out of a total of 17,000 agencies.

, based on an FBI Report 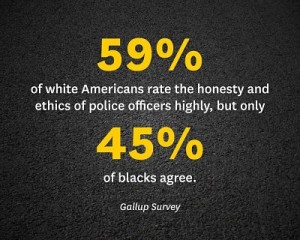 59% of white Americans rate the honesty and ethics of police officers highly, but only 45% of blacks agree.  Gallup Survey 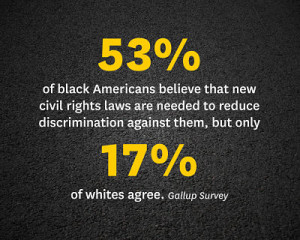 53% of black Americans believe that new civil rights laws are needed to reduce discrimination against them, but only 17% of whites agree.  Gallup Survey 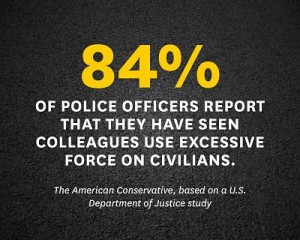 84% of police officers report that they have seen colleagues use excessive force on civilians.

, based on a U.S. Department of Justice study 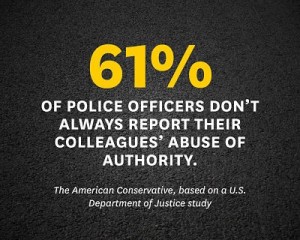 , based on a U.S. Department of Justice study 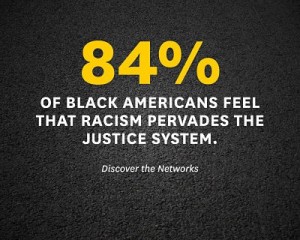 84% of black Americans feel that racism pervades the justice system. Discover the Networks 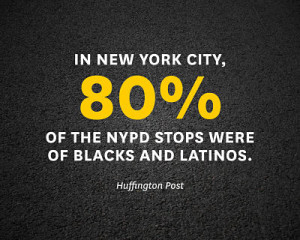 In New York City, 80% of the NYPD stops were of blacks and Latinos.  Huffington Post

This article created by USC’s online masters in social work program.  Thanks to Gabriela D. Acosta for bringing it to us.

Gabriela D. Acosta is the community manager for University of Southern California’s online online masters of social work program. Gaby has a background in sociology, and holds certifications in social justice mediation and diversity workshop facilitation. She is passionate about social justice, community organizing and leadership development through virtual campaigns. Follow her on Twitter @GabyAcosta101