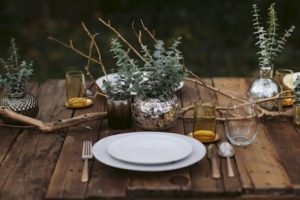 I come from a people whose burden was a big story that abhorred storytelling and thus secrets ruled with invisibility.

I come from a people who thought the center of the universe was in the perpetual west and thus home was never where they were.

I come from a people who used their legs like broken wings thus fumbling as they fled (always fleeing) up and away from the tender earth so that justice was always something inchoate and waiting to be made manifest as if by their striving alone.

I cannot redeem them. On some tooth-filled nights, this realization shapeshifts into a suggestion of betrayal. After all, they did so much for me. Who am I to refuse their high art, their great but skewed mathematics, their rightness and whiteness of being? Who am I to refuse their great mapping of the terrains above and below? Who am I to refuse their naming and their dominance, to refuse these gifts of power? And truth be told, I couldn’t refuse them. My life was anointed with them from day one. I too kept secrets, ruled with invisibility, took to fleeing, made war. I too thought I was entitled to fix history, to be good, to be clean. But it was those very movements out of which my complicity was made, for “goodness” was the sword I swung.

No, in the end I cannot redeem my atavistic brethren and sistren, but I also cannot refuse them a place at the table. After all, so much of what I hold dear, so much of what has held me up in this life, so much of the story of “my life” (as if it was mine alone) was given to me by them and their generations of effort. I am grateful for those efforts. And also so much of what was given was first taken from others whose dispossession is still the bitter resin on the silver spoon. This is the story, finally being told, about how my house was made. My guilt, my ancestral shame, my contrite promises—none of this is an adequate offering to those who built the roads that brought my ancestors west as west itself moved west, whose kindred trees were filleted into the boards of my bedroom behind which I demanded so much more.

Lest I drown in my own inadequacy, lest I let shame keep me from accountability, I imagine that I start small. I simply set a table. I set this table for my father and mother who brought me to this piece of earth I’ve learned to love despite never knowing its story. It’s a peculiar and incomplete love to be sure, but it’s the best love my broken humanity can muster. I set this table for my great grandfathers and great grandmothers who had lost so much that it seemed a reasonable proposition to try and recover those losses by disassembling the intactness of others by whatever violent means necessary. I imagine serving my people the best forgiveness I can cook up, as well as hefty portions of grief, and for now, at least a side of gratitude. I then set a place for the people whose lives, lands and cultures became the resentment and fodder of my traumatized ancestor’s progressive plow into the modern age. I imagine serving them up a differently flavored grief, a longer-baked gratitude, and a commitment to love my people better than they were able to love themselves.

I imagine that maybe I’ve asked too much of my ancestors and too much of those whom my ancestors hurt. After all, we’ve only all just met. I apologize for my clumsiness and my audacity but am I the only one here who is hungry for stories? The stories left in the bowers of Europe; the stories pitched to the sea to make the voyage quicker; the stories the land took back when it felt the piercing of my grandfather’s shovel; the stories of when a people lost their ability to simply be the people; stories buried under churchyards, killed by small pox, beat into the corners of boarding school classrooms; stories left in the mission adobe or under the bear flag? These stories still so present in our poses and our postures and in our cells made of memory, nostalgia and shame.

2 Responses to "Setting the Table"