Recently I had an o 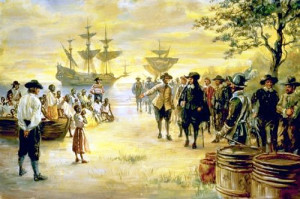 pportunity to sit in on a class at Santa Rosa Junior College where the speaker was Steve Martinot and the topic was “How Race Was Created and Became Part of Our Institutions.”

One of my big takeaways from this talk was the concept that “the construction of race had a beginning and it will have an end.”
I found that idea heartening and something to embrace.

Timeline: “The Early Construction of White as a Race”

1606: Jamestown Colony was founded in VA

1619: First Africans brought to VA on a Dutch Ship from the Caribbean.

1690  The first time the English refer to themselves as White in their documents.

The racialized control structure which is self-reinforcing includes 3 components:

~~~~~~~
Some other thought-provoking take aways for me were: 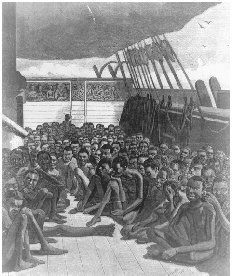 After the talk someone asked, “How do you fix it?”  This is a typical white response of tell me what to do and let me ignore the emotional pain by moving immediately to action.  Martinot’s answer: Start doing and talking to people.  Broaden your cultural understanding.  Learn how and where to rebel.  Ask yourself, “How am I acting that is racializing others?”  “Where does racism exist in me and my attitudes?”

These notes written by Z.

Steve Martinot will be speaking on “The Need to Abolish the Prison System: an Ethical Indictment” in Santa Rosa on Sunday afternoon, March 9, 2014 at the Glaser Center in Santa Rosa.