Recently, I went to the funeral for Cirak Tesfazgi, a 32 year old homeless man who was murdered Sunday night in Santa Rosa.  I didn’t know him but many of my homeless friends did.  He was asleep outdoors near downtown Santa Rosa when someone he didn’t know apparently murdered him.

I’m a homeless activist and I thought it might comfort his family to know that the homeless community and its allies cared about him and were outraged that he, like so many others in this wealthy county, was sleeping without the protection of a locked door.

Thirty minutes before I left the house, I got a text that the family didn’t want the word “homeless” used.  It hit me hard.  I felt a righteous political anger on behalf of other homeless people.  I thought, “It’s shameful to have homeless people in our community but it’s not shameful to BE homeless.”

I took a deep breath and realized that some of my anger came from the Nebraska funerals of my young adulthood, which were religious and filled with platitudes.  I thought of my friend Carol who once counseled me, “Try to look and feel your best, but even if you don’t, go…”  I calmed myself down and went to the funeral.

Cirak was Eriterian. I knew he was black because the newspaper printed a picture, but I hadn’t taken in the reality of his background.  When I drove into the parking lot, I wasn’t prepared to find a large community of black people in suits and long dresses with large white hand-woven muslin scarves.  The service was conducted by the Eritrean Orthodox Tewahedo Church in Santa Rosa.  As I listened to the chanting and praying in words I couldn’t understand, my thoughts gradually cleared.

Many of the women sat together.  Sometimes there was audible crying from that part of the room. As I stood, with the chanting flowing around me, tears came to my eyes.  I thought about Cirak and other homeless people who have died this year in our county.  I thought about my friends who have died and felt how much I loved them.

The handout at the funeral said an auto accident had “greatly affected [Cirak’s] well-being and presented challenges in his life.”  Perhaps that was when he began sleeping on sidewalks. 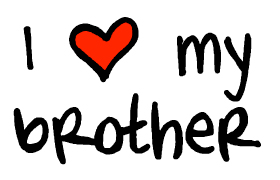 Cirak’s brother spoke in English and I’ve never heard anyone at a funeral, or any public event for that matter, be this truthful in both words and manner.

He said: I was the trouble-maker and Cirak was the one who did everything well. I accept that and it’s okay with me.  Every time I saw him, he would tell me that I’m doing some wrong thing and should do something different. That was just how it was.

That was our relationship and it was a good one….

He said: Cirak was always planning and his plans were good plans.  Lately, his plans were ridiculous because that’s how he was now, but they still would have worked, because his plans always worked. . . and I have to say, because I am his brother, that there is nothing wrong in how he lived. . .

Eventually, they took the coffin away. This woman’s extreme grief meant, to me, that people knew Cirak should never have been homeless and that his murder was deeply wrong.  Between that and his brother’s talk, I felt that whatever I had wanted to say, had been said. It wasn’t in the way I would have said it and, perhaps the parts I didn’t understand would have caused me pain.  Who knows?  The customs were not my customs but it seemed they were, at least to some extent, another way to express the feelings I was feeling. 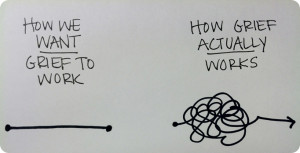 I’m glad I had the good sense and the anti-racist training to not rush forward with my righteous anger on behalf of homeless people.  I managed to notice that this community was one that I did not know.  I saw that they had come out in their best clothes for the funeral of a homeless member of their community.  In the end, we grieved together and that felt like enough.

The grief illustration is from an article here.