Recently for the organizing committee meeting we read 4 Ways to Push Back Against Your Privilege by Mia McKenzie.  One statement that rang true for me was “The truth is that acknowledging your privilege means a whole lot of nothing much if you don’t do anything to actively push back against it.”  The larger question is what does pushing back against your privilege look like and how does one accomplish it?  It is easy to label oneself as ANTI-RACIST if one never challenges the privilege.  So what did you do last week that challenged your privileged position in the white world? 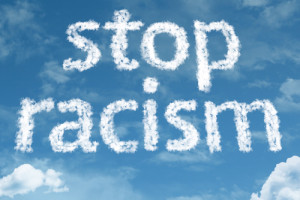 This reminds me of the time when my niece was taking a Native American culture class in college and had an epiphany when she discovered that the land we call home had been legally stolen from the indigenous people by white people (mostly white males at that point because white women had no power.)  She thought they should be given back their land and I thought ‘yes, what a grand idea’ – but what does that look like?  Who will step up first?

I always have been a big believer in baby steps as a formula for change so when I challenge privilege it is in small ways.  Taking on too much is a recipe for disaster and will end in burn out with no significant change in the institution of external or internal racism.

Sometimes just asking a question is a start.  Doing what goes against the expectation or stereotype can cause a moment of clarity.  Once in the bank I was the first in line and my choices were 1 white female or 1 non-white female and I chose the non-white female because my first instinct was to go to the white female. I carefully watched the reaction of the tellers, which was surprise.  For both of them, my message was sent and received. 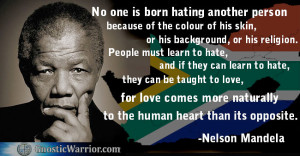 When the debate over immigration heated up a few years ago,  I made a conscious effort to think in my mind “American” every time I saw a person who appeared to be Latino or Latina and every time I saw a white person I thought “immigrant.”  It was important for me to try to change the framing of the issue.  People from Mexico were Californians before the white people came.

Recently I was reading a book called My Sisters’ Voices by Iris Jacobs and was intrigued with a story by an African that told of her experience in a store where she was being followed by a security person.  After a while she picked up 2 shirts and turned to the person and said “Which would look better on me?  The person considered the question and said “the blue one.”  By interrupting the expected behavior she challenged a stereotype and found in that store when she returned she was not followed.

These small steps will never reach the evening news but may make a change in my and other folk’s ability to understand how privilege works.  Remembering that non-whites live with racism, micro insults, and micro aggressions each and every day.  The job is to expose the un-noticed and talk about the un-spoken.  For myself, that means to just be a little bit less timid.

So a challenge is to ask yourself, in what ways have I exposed my privilege and pushed back against it today?