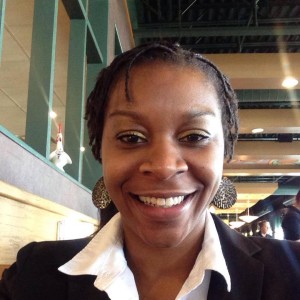 was a loving, compassionate woman
smart, spirited, with a thirst for life
her family said.

She had a bright future ahead.
And now she’s dead.

What did she do?
Failed to use a turn signal
on the wrong stretch of road
deep in the heart of Texas.

Pulled over, pulled out
stomped on and thrown about.
Then tossed in a jail cell
to spend the night.

She didn’t live
to see the next day—
the day that would have been
the first day
at her new job
working student outreach
at her old alma mater,
Prairie View A&M.

Sandra Bland often spoke
about ending racism.
Her family said
she was a vocal advocate
against police brutality.

And now she’s dead.
Killed by these very same forces
she had so bravely faced down
in her brief past.

Oh, how much longer
will this horror last?

When is this going to end?
When can this country even begin
to really say,
“We hold these truths to be self-evident
that all of us are created equal,
all of us are entitled to life, liberty,
and the pursuit of happiness—
with freedom and justice for all?”

Sometimes it seems like
we haven’t even started yet
doesn’t it?

Lilith Rogers is a long time poet and political, community and environmental activist in Sonoma County.  As a white woman who grew up in a small, segregated town in Texas, she knows what racism looks like.  She says:  “It’s time for us to face this head on.  Black Lives Matter.”

See Sandra Bland’s death is a sobering reality check for her fellow millennial activists by Demetria Irwin, which provides links to tweets by other young women #BlackLivesMatter activists, gives details on her arrest, and places Bland’s death in a political context of police violence against black women. You can also listen to Sandra herself through these videos she posted.