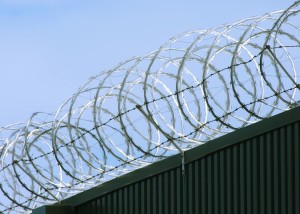 Many of us know that the U.S. has over 2.5 million people in prison, more than any other country (with 5% of the world population, the U.S. has 25% of the prisoners).  We are aware of social justice campaigns working to change laws such as three-strikes laws or mandatory sentencing laws, in an effort to reduce those numbers.  We may be informed on the racial profiling that works throughout the criminal justice system, resulting in over 70% of people of color prisoners despite the fact that all racial groups commit crimes at nearly equal rates.  But how many of us have seriously considered the need to abolish prisons entirely as a necessary step toward reducing crime?

In “The Need to Abolish the Prison System: An Ethical Indictment,” Steve Martinot challenges many of the common sense political and cultural ideas that justify imprisoning people for committing crimes. He also questions the definition of “crime.”  He breaks down wide-held notions of justice, such as “we send those who commit crimes to prison so they can pay off the debt they owe to society.” In examining the revenge ethic he leads us to consider the gulf between the principles of justice and their implementation in imprisonment. He writes “For justice to be feasible, the humanity and relation to society of both the victim and the accused must continue to be respected.” (pg 8)

With meticulous logic and unexpected questions, Martinot leads the reader to unexpected conclusions. In critiquing our criminal justice system (which he calls the judicial machine), he demonstrates the need to distinguish ethical judgment from political decisions. Further, he reminds us that in order to really see an institutional structure, it is necessary to stand outside that structure. Then one can view its contours and name them. The “judicial machine” is revealed as a self-justifying political project that curtails human rights and does not provide justice. In fact, Martinot argues, prisons serve as a role model for crime. Prisons also create social exclusionism rather than healing the tear to the societal fabric that occurs when one person harms another (a criminal act).

My intention with this article is to spark interest in Martinot’s radical essay—radical in the sense of getting to the root of the problem.  As I read it the first time, I felt he was articulating ideas I had sensed vaguely but never been able to fully realize. You may find yourself in agreement with his conclusions or take issue with them; either way, they open up the dialog on the prison system we struggle with here in the U.S. Steve Martinot will be speaking on the need to abolish prisons and inviting community dialog on his ideas on March 9 (details below). We will be challenged to think about solutions beyond prisons: if justice demands we heal the tear to the social fabric created by crime, how can the community do this?

To obtain a copy of the booklet “The Need to Abolish the Prison System: An Ethical Indictment,” email Steve Martinot at martinot4@gmail.com

One Response to "Abolish Prisons. Can You Think of Such a Thing?"