Reflections after the RJA meeting and movie, “Hoodwinked” on May 12
by Jenny Blaker 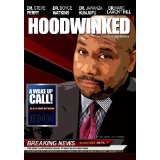 (At our May 12 dialog, Racial Justice Allies showed the film Hoodwinked by James Morton, which examines the statistics that the media, government and special interests use to  reinforce a message that the peoples of African descent are less-than, not-equal-too or not-good enough. The film shows that many Black Americans have internalized the misinformation, embraced the myths, and perpetuated the stereotypes, sadly reinforcing a collective mis-perception of their own identities.)

I had something I was on the verge of saying at the end of the meeting, just before the end, and I was feeling hesitant to speak up, so didn’t.  Afterwards I felt really bad about it, I almost wanted to cry because I felt so sad and because I had not spoken up.  (Why did I feel so sad?  It was something to do with the young black people in the movie who when asked, were unable to come with a “positive stereotype” about black people. It felt very painful and nothing we spoke about afterwards in the meeting really addressed that, or so I felt).

After the meeting, when we were still milling around chatting and clearing up, I spotted two of the African American women who had been there, who I did not know at all, and I felt moved to ask if I could share something with them.  They were very open and warm and kind.  So I told them that when the young people in the film were being asked if they could think of a positive black stereotype, I was doing the same – and the word that came up for me was “resilient.”  I also remembered a time when I was in my late teens or early 20’s and did a couple of stints as a volunteer for a playgroup event, in England.  The little black kids who fell over or hurt themselves just bounced up again, all smiles and giggles, no problems, and went right back to playing or doing whatever they were doing before.   The little white kids who bumped themselves or fell over, immediately started bawling and crying and whining and looking for their mommies.   That observation was very powerful for me and has stayed with me ever since.

The two women were very receptive, laughed, said I should have spoken out . . . then one of them said she had been thinking of her own mother—that although she wasn’t very educated, didn’t have a degree, she was strong, resilient, courageous, taking care of everyone.   I got the impression of someone who was  a rock that all the family and a larger community around her depended upon, or a large sheltering tree.

Then, afterwards, in the car on the way home with three others, I shared this whole story with them.  And to my absolute astonishment, one of them said she too had felt the same way as me after the movie, and went up to another African American woman after the meeting, and shared with her that the word that came up for her, when watching young people being asked if they could think of any positive  black stereotypes, was “resilient”!  I only wished I had spoken up, which might have paved the way for these two women to share their personal, and very similar, positive images as well . . .